Lima is a city of contrasts and wonder. Another week has gone by and I feel like I am starting to see more sides of the city.

It has everything from glass buildings to unfinished brick and concrete structures, and in between houses that speak of another era all together.

One thing it has a lot of, is chuches. Mostly catholic, but there are others in between, although the ones I’ve been too aren’t quite as picturesque as these

In the more well to do areas there are wonderful parks, with beautiful gardens and trees.

In San Isidro there is a park with olive trees as old as 400 years. Some of them were apparently planted by the settlers way back when. The park is now a national heritage site, and it is visited by young and old. 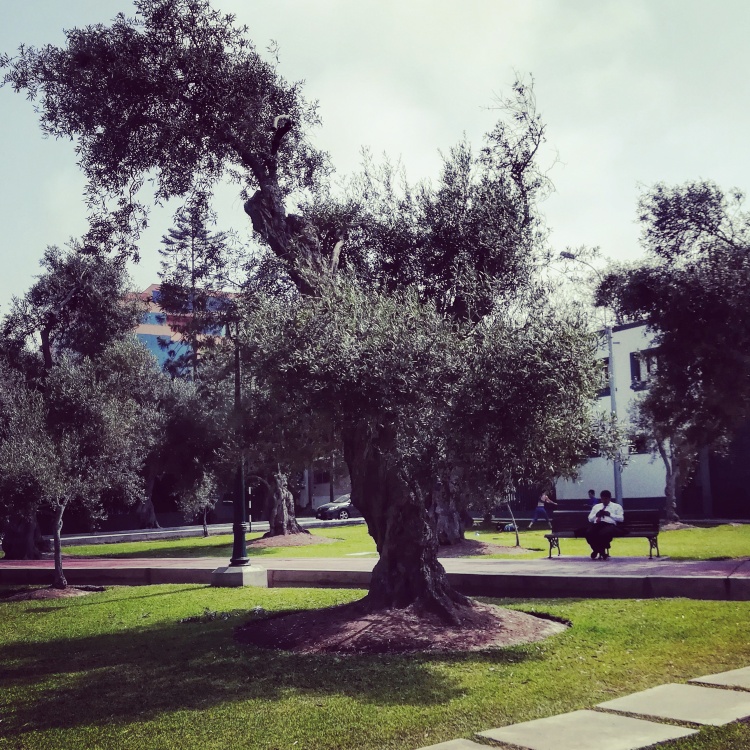 Along the seaside, in Miraflores, there are also some really popular parks, and it is very lovely to stroll down there to take in a bit of the beauty and feel the sea breeze. 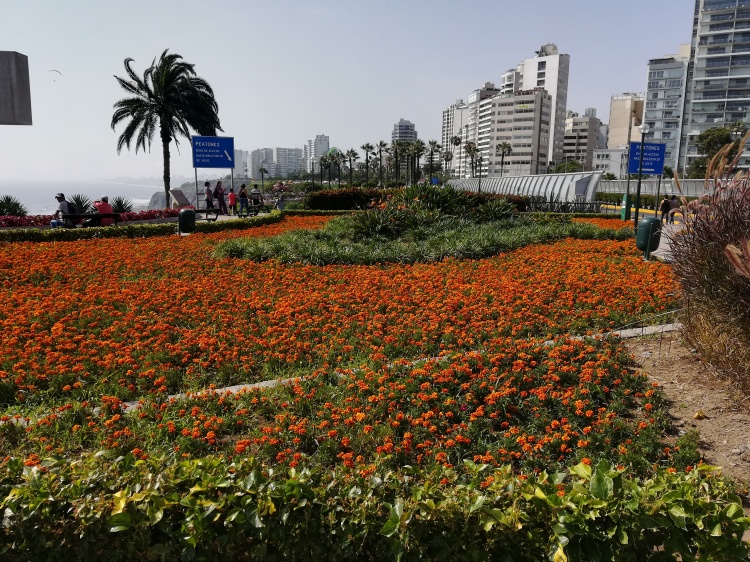 The city is built on top of a cliff side, so when someone says they’re going “down to the beach”, they literally mean it.

The position on the coast probably creates an upwards wind, or something, because on a clear Saturday the sky is filled with paragliders. 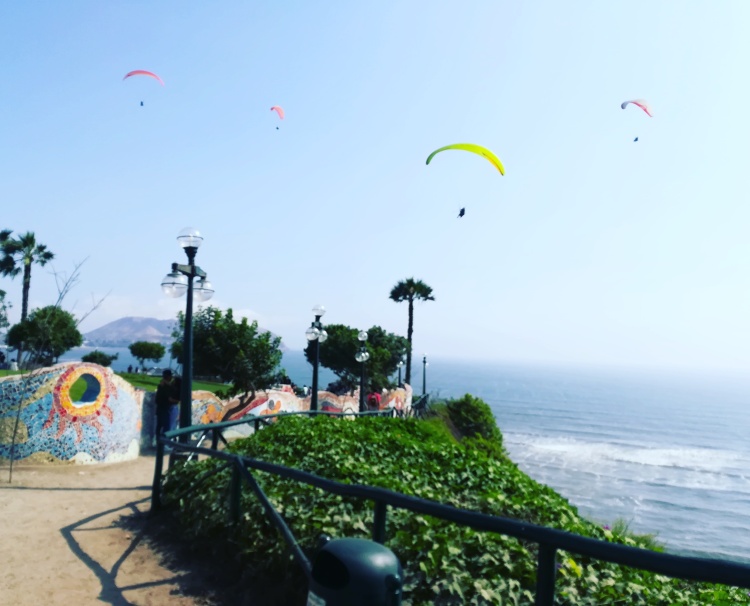 On less clear days, it can be quite foggy, but luckily there’s a lighthouse to show the way. 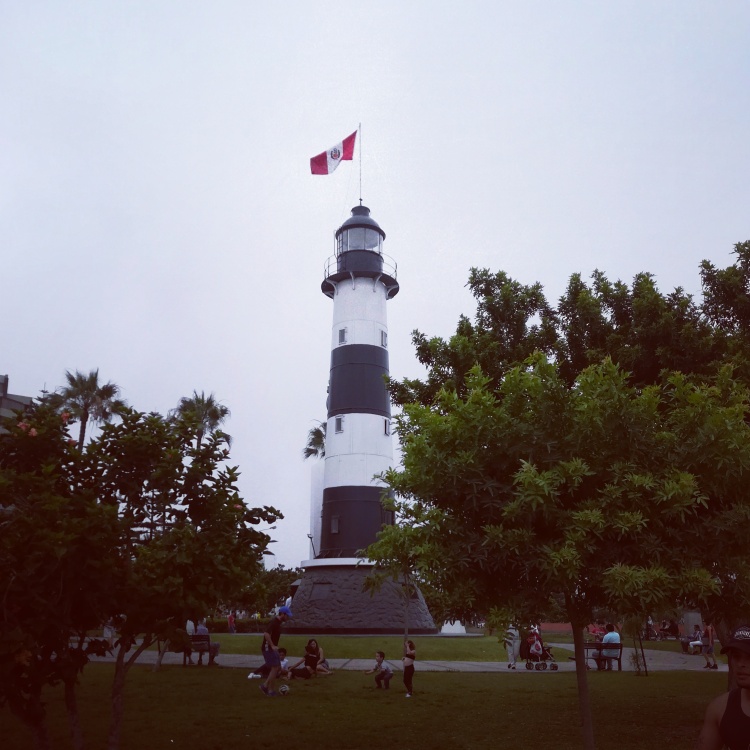 Sunshine or not, the weather is really hot and humid. Hopefully I will adjust to it, but it seemed like it was so hot even the cats melted.

Aside from the AMAZING food I haven’t been immersed in the local culture much, but I have been able to see glimpses.

A very popular football team stayed in our hotel during the week, and their fans decided to gather outside and cheer them on. At first I saw the people gathering in the park and wasn’t sure if it was for a protest, as I couldn’t read the banners. Then they came to the entrance of the hotel and started singing songs and I realized it was a happy gathering. Some guys even brought along their drums for the songs. They are really big on football it seems.